Tuco Benedicto Pacifico Juan Maria Ramirez otherwise known as, The Rat. 16 of the most solid years ever lived and sad only for the ones he left behind 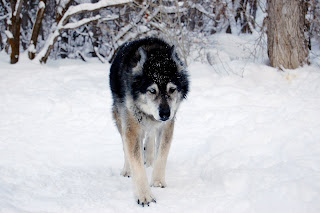 I met Steve Edwards an evening at the Greek Festival and despite asking him to walk me home I thought, "that guy is intense."

Then I started running into Steve Edwards at the coffee shop and he thought, "is she really going on about comic books?" and his bewilderment showed in his lack of warmth.

Then one day... "who's this?" and in his nonchalant, decisive way Edwards motioned by pointing his finger, "that's Ratso."

Nonchalant and decisive was the Edwards I knew, but the Edwards with this beautiful, fluffy, devoted, well-behaved dog... that is a man with a soft heart I had not yet met, but was extremely interested in.

As Edwards and I texted back and forth like middle-schoolers, many of his text were telling me about Ratso's eccentric behaviors. "The Rat is sitting in the car with the door open. He wants to go somewhere." "The Rat is barking at me and biting my hand, he wants to do stuff." "Well, The Rat and I went climbing today" (as if The Rat were his belay).
I married him and inherited Ratso who ultimately took to me. How does one know when Ratso "takes to them"? He let me touch his paws. :)

When we got married, Ratso was our family at home... the only one who had any inkling of what we were up to. Then we added Beata and I was so grateful for the example The Rat set for "not wanting any trouble", being "picky about food", walking off-leash, and manipulating situations. With his guidance, Beata started acting perfect and we had the makings of what anyone would call, a family. 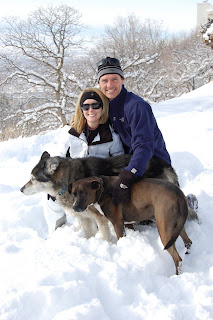 We had almost 3 wonderful years together. Ratso survived a doggy stoke and some arthritis, but otherwise just got to grow very, very old. It was clear that life was no longer what it should be for a dog and his punishment for years of fitness... despite a real desire and willingness... was that his body just wouldn't crap out.

In the end, we had to help him along but we know he was ready. I take comfort in knowing that Beata is waiting for him, eager for him to introduce her to all his old friends. In this past terrible month the tragedy is that Beata's life was cut so short and Tuco's life went on so long. There is just no winning with death.

I read a quote that talked about how having your dog die and not adopting another is like saying the bad outweighs the good. Our family was pure joy and I am so grateful that Manners and Finn are here to remind us of all the good. A home without Ratso would be no home at all... unless Manners is here to act equally as cold and annoyed and Finnegan is here to be equally as energetic. Love doesn't dead-end. 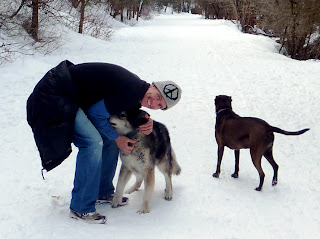