If She Were A Rich Man 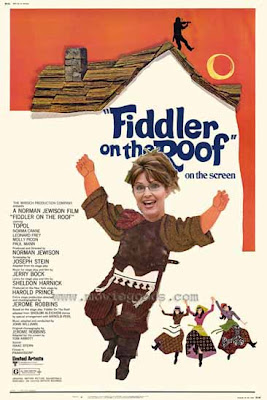 I've been putting miles on the Prius lately driving up and down the Wasatch Front for work. Company policy prohibits operating a vehicle and talking on a cell phone, even with a hands-free device, so this has given me plenty of time to listen to news radio. I heard my first Hannity Show last week, enjoyed the superior reporting of BBC World News, and just today got to listen to a "Talk of the Nation" session focused on Sarah Palin and how women voters feel about her.

I listened to two females support her and one woman argue against her. No matter how often they, or the callers, said that it wasn't about her being a woman, I became quite certain that it was/is. This made me explore my own opinion of her and whether I had any underlying sexism in my ardent opinion of her candidacy. My findings... I don't. I'm certain that most others who share my opinion also do not. Let's think about it...

Had John McCain produced a man who was the former Mayor of a town of around 7,000 and the current twenty month governor of Alaska, who had: spent a large part of his time as Governor growing his family; used his office to wage personal wars; hired in a preferential and nepotistic manner; left his small town $20 million in debt; forced rape victims in his town to pay for their rape kits; sought vast federal earmarks for projects the State was unwilling to fund; sued to remove polar bears from the endangered species list; did not believe global warming is caused by humans; hunted wolves from airplanes, and offered a bounty for others to do the same; was a "creationist", anti-abortion even in cases of rape and incest, and refused to teach anything other than abstinence to children; attended 5 different colleges, finally gaining a degree in sports journalism; lacked the intellectual curiosity to travel, read, and pursue other cultural and creative growth opportunities; who could not respond to questions on the current "ethos"; believed he had strong foreign policy experience because you could see Russia from his State; etc. etc. ... I would be HORRIFIED, and so would more than 50% of the American public.

What is happening is actually the opposite of sexism. Worse than "white privilege" it is "white WOMAN privilege." So, for today, another film recommendation - "Burn After Reading" - a film where no matter the damage... an entitled white woman will get what she wants.
Posted by Lisa Romney at 5:37 PM 4 comments:

And we thought Romney-Edwards was unbelievable...

When Sarah Palin was nominated by McCain the Democratic Party cheered, "No better disaster than this!" There was only a faint whimper that people might buy what the Republicans were selling. As blind Lady Liberty's scales tip to McCain/Palin, we should be aware that the whimper we heard may actually have been a visceral sob of defeat.

I know this woman. In our democracy, there is a breed of mean-spirited, over-confident person whose ignorant, one-sided values bring them to City Hall as a place to heap their misery on others. They find their happiness in brow beatings. They internalize abusive behaviors as personal accomplishment.

In the lower 48, these people are known as the "squeaky wheel." You would be astounded at how much influence they have, for no other reason than to quiet their constant assaults. It seems that in Alaska, one of these people had the tenacity to take her misery to the Governor's Mansion. Now, she has been plucked from the cold north to feed our societal narcissism.

I am aware that the culture that runs this country shares a belief that only they should have money, because only they are responsible enough to handle it. I am also aware that they want us to vote for McCain/Palin. War Heroes R Us. Hockey Moms R Us. If "We" are in the White House, "We" are content with power by association, and the wealthy elite continue their "business as usual."

The offense of McCain/Palin is not in the names I could call her, or the smears easily slathered on the man. The offense is the roars of laughter coming from above as they watch us slide rapidly from Democracy to Idiocracy, and if you haven't seen this film, "Idiocracy," you should.
Posted by Lisa Romney at 6:28 PM No comments: 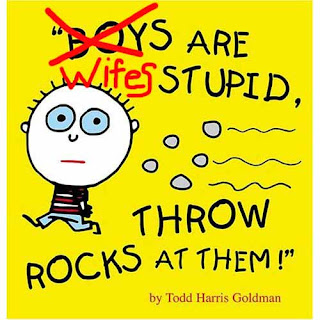 Memories of my orthopedic surgeon screaming, "God Hates You!" at me, came flooding back as I tried to get my head out of the way of a 12"X4"X3" rock that my loving husband knocked off of a climb this weekend. Luck got my head out of the way; fate kept my left hand in the boulder path. Today, a millenia of evolution does nothing to help me button my trousers as my thumb is no longer opposable. However, with all the tender loving care being administered by my husband, I have great hopes for a full and speedy recovery.

In order to reduce the risks of brain trauma in the future, I would like a small, pink climbing helmet. Perhaps Edwards will get me one?
Posted by Lisa Romney at 10:27 PM No comments: