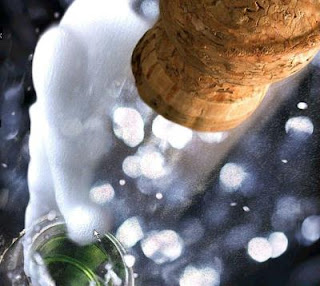 Edwards is really having quite an influence over Romney when the best New Year's Eve EVER is comprised of running. Usually I put on a fancy dress and fake eyelashes and have a night on the town. Not this year.

For our First New Year's Eve together we decided to take part in the Salt Lake Track Club's "Beat the New Year" 5k race. It begins at 11:30 p.m. and the goal is to finish the 5k before midnight. We did a pre-run this week to make sure I would be capable of jogging for more than the few stumbles it takes to recover from tripping off my high heels. I can.

New Years Eve came and we made the extraordinarily bad decision to eat a plate of nachos and drink beer before the run. Because of this, Edwards had made noise about possibly running the whole thing with me, which was sweet. However, he got injured on our warm-up lap and he had no choice but to hobble along beside me. Of course, this made the whole experience much more fun. Additionally, Edwards isn't as concerned with "the rules" as I am (and really there was no expressed rule against this) so he decided to bring Beata along. Beata is the cutest, most focussed little 5k'er in the world! She doesn't even mind being on-leash.

Every now and then I'd have to remind him that I'm not really a runner and that he was going too fast, but mostly we just trotted the course together and came in with 3 minutes to spare! Just enough time to meet our friends who also ran and grab a bottle of champagne out of the car. With a big cheery slug straight out of the bottle and a nice wet smooch, we toasted the New Year.

Sadly, no pictures. No proof.
Posted by Lisa Romney at 4:01 PM 2 comments: